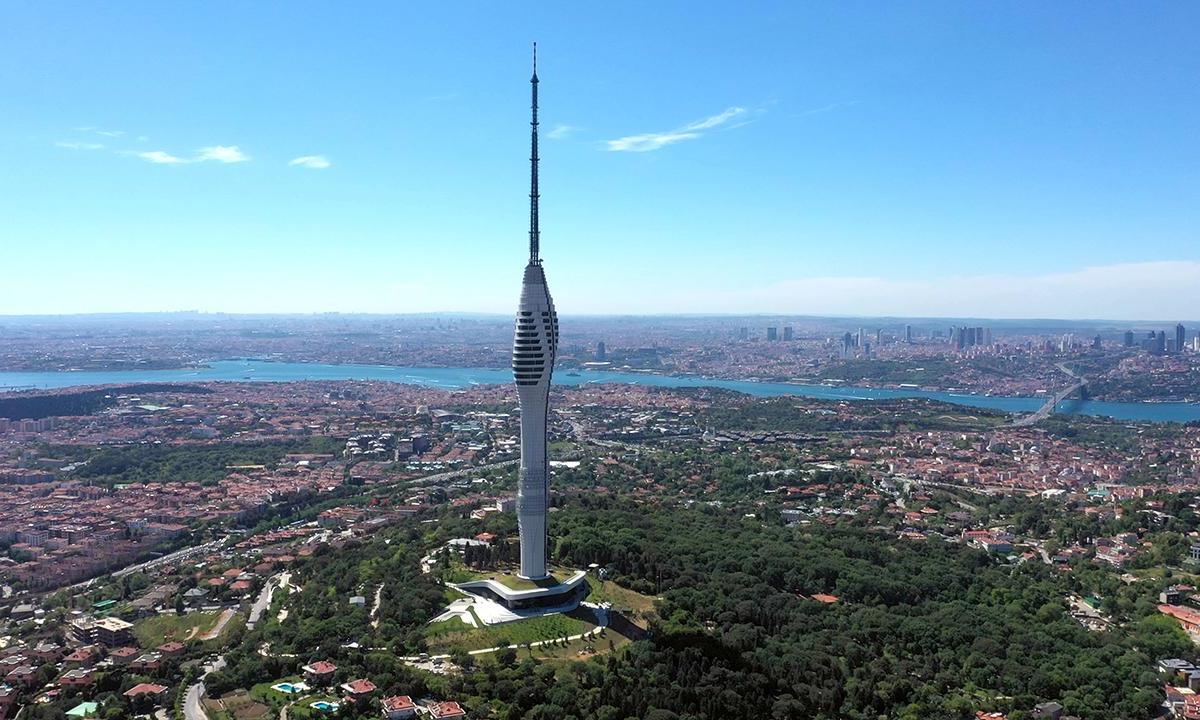 Çamlıca Tower officially became the tallest building in Istanbul and all of Turkey after its opening in May 2021. It quickly became a popular tourist destination as a result of its fantastic location on a high hill with a stunning view of Istanbul. On the top floor, you can enjoy a cup of coffee in the restaurant.

Istanbul’s Grand Çamlıca Mosque is located at Çamlıca Hill, undoubtedly one of the most well-known and popular locations in the city. It is situated on the Asian side of the city. The view of the city’s other side, the European Side, is straightforward from the mosque’s terrace. Grand Çamlıca Mosque opened in March 2019 and currently, it is the largest mosque in Turkey with 63,000 worshipers at a time. Using public transportation, you can get to Çamlıca mosque from Kadıköy and Üsküdar.

The magnificent Galata Tower, one of Istanbul’s top tourist attractions and a constant feature of the city’s silhouette, is situated in the city’s center, you can go up to the tower to see the Golden Horn. You can take the M2 metro line, T1 tram line, or any of the city’s numerous buses to get to the tower.

The historic Eyüp Sultan Mosque and Cemetery in Istanbul’s top part is known as Pierre Loti Hill. A cable car departs from the area immediately outside of Eyüp Sultan Mosque and takes passengers to the hill from where they can view the city and the Golden Horn. One of the most popular tourist destinations is the hill with its numerous cafes and eateries.

One of the city’s castles, Rumeli Hisarüstü, is a great place to take in the city and the Bosphorus while also making some memories. For your photo shoots, the hill provides a panoramic view of the Bosphorus. By bus, it’s simple to travel to Rumeli Hisarüstü from Beşiktaş.

Sapphire, Istanbul’s second-tallest tower and the city’s tallest shopping center, also features a sizable viewing terrace. This is going to be an excellent choice for an Istanbul experience where you can feel the ground beneath your feet on the observation terrace on the 54th floor. To get to Istanbul Sapphire, you can take public transportation M2 metro line.

One of the highest points from which to view Istanbul is Nakkaştepe, which is situated in Kuzguncuk, the city’s historic district on the Asian side of the city. You can spend hours admiring the European side of the city, the Çırağan Palace, Yıldız Park, Ortaköy, and more. You can easily reach Nakkaştepe from Üsküdar.